The Prevalence of Complex PTSD

“Post Truamatic Stress, from a neurological standpoint, is not a dis-order. It is a re-ordering of your neural networks and pathways and your sensory pathways, so that you can survive in a really dangerous situation.”
– Janet Seahorn, PhD, author of Tears of a Warrior

When many of us think of PTSD, we often imagine a single, severely traumatic event (war, accident, rape etc.). This event can still have several incidences, but they tend to be put under the one umbrella even though we may need to address the specific components. However, as practitioners, we will more often need to address Complex PTSD also known as C-PTSD. This particular stress disorder generally results from prolonged and repetitive trauma. It frequently involves abuse or abandonment by a family member or caregiver in a situation where the power dynamic is skewed.

Unfortunately, violent and mentally or emotionally abusive relationships are just as prevalent as they have ever been, but they are often kept very hushed and can even go unrecognized by the victims. The following experiences and situations can easily leave a person with C-PTSD symptoms:

The profound damage gaslighting causes is only beginning to be acknowledged. If you are unfamiliar with the term gaslighting, it involves psychological manipulation that causes the victim to doubt their own memory, their own perception and their own sanity.

Gaslighting is experienced more among women, but is certainly not limited to them. Although gaslighting is sometimes accompanied by physical abuse, the abuser usually confines their attacks to the psychological realm. They lie pathologically and consistently, in the process deeply convincing themselves that their own distorted reality is truth, the only truth. That truth is lies and lies are the truth is the state of mind the gaslighter projects upon their prey and all those who surround them.

The depths of self-doubt and helplessness catalyzed by gaslighting can feel psychologically paralyzing. The most basic acts of self-preservation are being eroded and the idea of escaping the abuse can appear increasingly impossible.

One of the goals of gaslighting is to draw the other so strongly into their web of lies as to totally convince them “you are the crazy one!”  Another is to ensure the projection takes hold. To this end, they isolate their prey by convincing all who will listen that she or he is “mentally unstable,” “mentally fragile,” “has lost all grasp on reality” or is “crazy.” The more devastating and persistent the attacks are, the stronger the gaslighter’s own psychological wall becomes. To others they can appear powerful and charismatic. To their prey, what was once something endearing and charming is now seen for the façade it is; a wall that feels increasingly isolating. The perpetrator wants their prey to live out for them everything they are unwilling to face within themselves.

Because there is no physical damage as evidence and proof that these abusive attacks have taken place, the effects of gaslighting can be far more long lasting and pervasive than those of overt physical abuse. Consequently, many victims and survivors remain oblivious to the fact that what they are experiencing is Complex PTSD.

To read this brief description of gaslighting is, possibly, to realize that it is a term that not only describes the dynamic within a personal relationship. On the world stages, authoritarians are master gaslighters. From not only a psychological but also a philosophical standpoint, the concept of gaslighting has much to teach us about human nature and its transformation. Wherever there is gaslighting, our Savior/Martyr (or Disabler/Enabler) archetypes are invoking a spell. Because these two archetypes are universal and not individual, whether we are overtly affected by gaslighting or not, there is much we can learn from studying its dynamic. Because gaslighting is, essentially, abuse administered through distortion of the truth, it is very possible more of us are inured to gaslighting than we realize. This makes it equally possible that by shedding a steady light on gaslighting and acknowledging its prevalence, we can break its spell.

Understanding C-PTSD and PTSD in all their guises and in how they affect the Three Brains will be a key component of John’s upcoming supplemental course on stress disorders. We hope you realize how critical this subject is and how important it is to be able to address it in practice.

Visit: http://www.bodytalksystem.com   for Courses and more information on BodyTalk

BodyTalk incorporates a comprehensive system of non-invasive techniques designed to enable people to live their lives to their potential. It incorporates state-of-the-art science and philosophy to help the body unlearn the habits, beliefs, biochemical pathways and postural patterns that are restricting the healthy functioning of the body-mind complex. 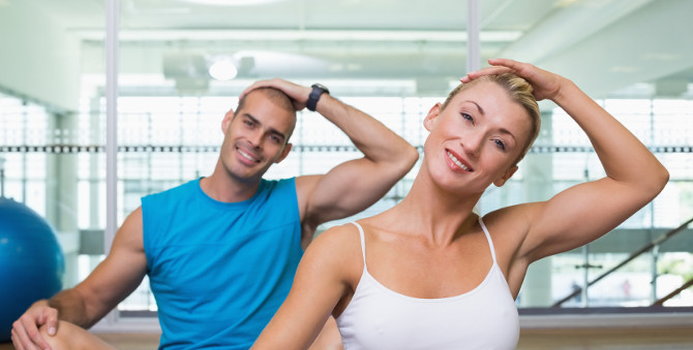 The chin lift stretches and tones the muscles of the jaw, neck and throat. To perform the chin lift, follow these simple steps:

Try not to engage any other facial muscles while doing this exercise; just use your lips. Hold your lips in a puckered position for a five-count, then release. Repeat the exercise 5 to 10 times in a row.

The neck roll not only tones and stretches the muscles of your jaw, throat and neck, but also releases tension from your shoulders and can ease neck and shoulder pain. Follow these steps to perform the neck roll as a double-chin exercise:

Repeat both steps of this exercise 5 to 10 times.

The platysma is the big muscle that runs from your jawline to your shoulder. Exercising it helps keep your chin and throat firm. To strengthen and tone the platysma, follow these steps.

Repeat this exercise 5 to 10 times to tone your platysma.

“Amazing how Bodytalk still surprises me. Terryann facilitated a performance session for a root canal treatment. That is a session to prepare the body mind to any kind of medical intervention and make the most out of it. After the intervention I have no pain, nada, niet, zero. Not even the day after. Not even opening and closing the mouth- after you kept your mouth open for one hour the joints hurt usually, but no, not even that. All I read says pain and discomfort should subside in three to five days. The dentist said to take two Advil AND two Tylenol extra for pain.”